For my last post of the summer, a song that sounds like a sunny day, happy, relaxed, celebratory. It’s a hip hop song, not a genre I’m that familiar with, but I heard it on the radio (thanks, WFMO!) and found it irresistible. A few jazzy piano notes, then Chance the Rapper enters rhyming in a patiently explanatory voice while the instrumentation builds, handclaps, horns, and finally a female voice (Jamila Woods) breaks through to sing the supremely sway-able chorus:

You gotta move it slowly,
Take and eat my body like it’s holy.
I’ve been waiting for you for the whole week,
I’ve been praying for you, you’re my sunday candy.

The first time I heard the song I thought it was a hip hop cousin to Hozier’s “Take Me to Church,” carnal love expressed as religious sacrament. But then I listened again (thanks, Youtube!) and found it’s not that at all. Chance isn’t singing about a girlfriend, he’s singing about his grandmother:

I got a future so I’m singing for my grandma
You singing too, but your grandma ain’t my grandma!
Mine’s is hand made, pan fried, sun dried
Southside, beat the devil by a landslide…

“I got a future so I’m singing for my grandma”: what a nice thing for Chance to acknowledge, that part of the reason he’s made it this far is because of the support (financial as well as emotional–later in the song he’ll say she smells like “light, gas, water, electricity, rent”) his grandmother provided. But I also hear it as Chance saying that because he has a future, because he believes so confidently in his own future, he gives himself permission to sing a song about his grandmother. It doesn’t all have to be violence and the lure of fatalism and the struggle for respect…he will and should sing about those things, too, but for the moment, he just wants to say thanks to someone he loves.

Quotable lines abound. Chance tells us the only ones she loves as much as him are Jesus and Taylor. It’s probably not but I want that to be a reference to Taylor Swift. I love the image of his grandmother bopping around her Chicago apartment to “Shake It Off.” The peppermints she shares with him are “the truth”–what is it with old people and hard candy?–and her “hugs have a scent.” Chance himself is the “Sunday candy” of the title, his joining her for a visit to church a deep pleasure that combines 2 out of 3 of her great loves. The satisfaction she takes from him being there is almost enough to make Chance a religious man himself.

(On a personal note, my son’s away at summer camp right now and he’s  going to hate when I tell him I like this. He’s been talking about Chance the Rapper for over a year now and will feel like I’m encroaching on his favorites. Oddly I feel just the opposite way when I spot a Dylan or Talking Heads CD in his rack.)

See ya in September!

Here’s what they used to call a nifty little rocker, guitar-bass-drums (Matthew Sweet on bass, where the heck has he been hiding out?) with a catchy, backing-vocal-buttressed chorus I will feel compelled to sing even as I type out the words:

We were young, we were stupid
It was fine while it lasted
To complete my education, I had to wake up in your bathtub…

What does that mean, “wake up in your bathtub”? Was he too drunk to find the bed? Or did the woman have roommates? Knowing Lloyd Cole, it’s probably a “Norwegian Wood” reference. He’s a guy who likes references! Elsewhere on this song we have shout-outs to Bruce Springsteen, Howard Zinn, TS Eliot, Johnny Thunders, Franz Kafka, and an obscure (to me) Scottish record label from the 80’s. It’s been a while since I had to Google something from a song lyric.

You may have noticed this, but I sometimes like to piece together the implied narrative behind cryptic-but-allusive song lyrics. Were I doing that here, I might come up with something about an ill-fated graduate love affair between and Englishman and an American woman. But really, this is just a joyful celebration of extended metaphor, in this case higher education as a stand-in for relationships. The song’s narrator tells us he is taking a break from his women’s studies…and what a clever way that is to describe being alone after a break-up! Their overly polite post-split conversations have the hushed tones of a library and display “campus etiquette.” He says he wrote his dissertation on the “barstools of [her] neighborhood,” and that the rented rooms where he now lives are his “bachelor’s degree.” There’s more, lots more. It’s as though Lloyd is channeling Elvis Costello back in his wordplay-drunk, pun-obsessed “Get Happy” heyday.

The song comes from Lloyd’s new album, “Standards,” which was released last year in the UK and last month here in the US. It’s a really strong effort, especially from a guy 30 years and 20 or so albums into his career. The other standout song to my years is “Myrtle and Rose,” a meditation on love sustained over time, of two people together and apart and together but always proximate, emotionally if not geographically. “The longer you were gone the less the longing,” Lloyd sings, heartbreakingly. You don’t believe him for a minute. But he does tell her goodbye at the end of the song anyway.

Take a listen on Youtube, or better yet, buy the album. Because I worry about Lloyd Cole’s finances. How the heck does he make a living? These records can’t sell much. Does he play 300 nights a year of solo shows? Are they well enough attended to keep him in drinks and smokes? I doubt it. Plus he has a wife and two kids, he needs to be home sometimes. Are royalties from his first, best-selling album “Rattlesnakes” (which is awesome) still coming in? Does he have a guitar company sponsorship?

If I care so much, I should probably contribute to his inevitable Kickstarter campaign, but I’d rather buy him a drink. I have a feeling he’d be crabby and guarded at first but by midnight be unreeling one great story after another. In the meantime keep the songs (and references) coming, Lloyd! 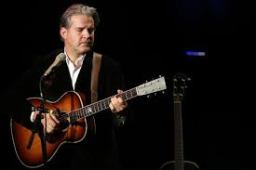