Scary songs, hmmm. Are songs ever really scary, in the way that a movie or book can be? I guess there are songs that are scary because it’s terrifying to think of meeting the person singing in real life (please do not trick or treat at my house, practitioners of Swedish Black Metal) and songs that make you recoil in horror at the violence of what’s being described (my son was kind enough to play a few of these for me as I was mulling over this question). The music from “Psycho” puts me on edge when I hear it, but I’m not sure if that’s more because I’m remembering scenes from the movie it played beneath.

But can a song actually evoke fear? I’m not sure, though there are songs that for me summon the physical sensations of fear. Here are a few that never fail to give me shivers or make my hair stand on end or heart race a little faster. Remember, the scariest monsters are those that work within our souls! (I saw that on an Edgar Allen Poe poster.) 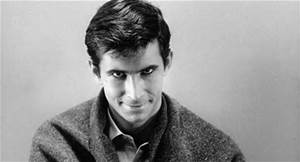 To begin with: this album sounds great. Ben calls it “chamber rock,” and it does have a Left Banke feel to it, viola, cello, French horn, but with none of the classical music, “I’m rewriting Mozart” affectations. These still sound like pop songs–like Ben Folds songs–and good ones, melodic, unexpected. There’s still lots of piano (which Ben plays) but the piano is well-integrated with the other instruments. In addition to the 8 “chamber rock” songs there’s a “Concerto for Piano and Orchestra,” which does have all the classical music, “I’m rewriting Mozart” affectations but is a pleasant enough listen, especially the 2nd Movement.

But I can’t get by the lyrics. Which are just so…dick-ish. Let’s go to the videotape: in the first song (“Capable of Anything”), Ben berates an ex-girlfriend because she’s too stupid to realize that saying someone is capable of anything also means they are capable doing bad stuff, using this an an excuse for the bad stuff he himself has done to her which she has had the audacity to hold against him.

In the second song (“Not a Fan”), he berates a soon-to-be ex-girlfriend because she is stupid enough to like a band that Ben considers pretentious…or, to like them too much, because at first he wants to be forgiving but then as he watches her watch them in concert it gets all under his skin and he decides he can’t stand it anymore and has to walk out.

The fourth song (“Long Way To Go”) seems to be about the end of a relationship using some sort of timebomb metaphor, I don’t totally get it so I’ll give that one a pass. The fifth song (“Phone in a Pool”), my favorite on the album, a swirling piece with a Brian Wilson feel, seems to detail a nervous breakdown on the singer’s part–but it’s not really about the breakdown, it’s about his record company giving him shit about the breakdown, a universal sentiment if I’ve ever heard one.

In the sixth song (“Yes Man”) Ben berates an ex-girlfriend for not being honest enough with him, specifically not telling him he was getting fat–once again, a common relationship issue, I’m sure couple’s therapists hear that one all the time. (I was reminded of the Elvis Costello song where he berates a current girlfriend for trying too hard to please him.) Ben catches his breath with a song built around an idiotic musical double-entendre, at the end of which he makes one of the women from yMusic sing along. She giggles as she does so, probably out of fear that if she didn’t Ben would write a song on his next album about what a humorless bitch she is.

We end with song 8 (“I’m Not the Man”), a maudlin slab of rock-star self-pity that reminded me of how I stopped trying to be a Who fan after “The Who By Numbers” came out.

I’ve written in the past about singers (Loudon Wainwright, Father John Misty) who use a persona to own up to some ugly truths about human nature–but with them you get the sense they understand they are saying ugly things, that there’s some distance. I don’t get the sense Ben ever thinks he’s not completely in the right to feel what he feels on every single one of these songs. So it comes off less as owning up to ugly truths as venting petulant and tiresome pet peeves.

I still like the album. It’s better than the one Ben made when he had Nick Hornby writing the lyrics. I guess I just wish Ben was a better person, more charitable, more self-regarding…oops, now I’m starting to sound like one of his ex-girlfriends, and we know how Ben feels about that!

Nick Hornby has a line about how something, a new book or movie or album, wasn’t just up his alley, it was standing outside his front door yelling his name in through the letter slot. I felt the same way when I heard advance word of this CD. I’m a big fan of girl groups, a big fan of a Phil Spector-esque wall of sound. Darlene Love has this amazing backstory, ripped off by Phil Spector when she was young, backup singer to the stars, working as a maid, Letterman show Christmas appearances. Production by Steve Van Zandt, whose pirate garb I’ve spent many hours staring at as he played searing guitar for the E Street Band, and whose songwriting and production on the early Southside Johnny albums I love. (I even bought Steve’s solo album–good songs, weedy voice.) New material by Elvis Costello, Bruce Springsteen, Jimmy Webb.

And? Well, I like it. But I can’t say it’s the play-it-five-times-in-a-row, blast-it-every-day-in-the-car-on-the-way-to-work homerun I was hoping for. Partially it’s the songs, which seem either too ponderous (the Jimmy Webb) or too lightweight (“Painkiller,” ouch). The production has the wall of sound thing going on, but it’s a little antiseptic, unspontaneous. Darlene’s voice sounds great, but sometimes generic, lacking the weight of that amazing backstory.

This song does work for me. It’s written by Elvis Costello in his best genre-flexing mood, a girl group pastiche about a love that should be resisted but is too strong to be resisted, and how when you’re in that kinda mood pretty much the whole universe conspires to force you into action:

The lovers part by the end of the song, left with the memories of their forbidden nights, but secure that one day they will stand tall and love will overcome it all.

Darlene’s voice sounds freer here, less straining after a big statement. I love how she speaks the “my soul was finally satisfied” line. The big production works too: I’m a sucker for “sha la la” choruses. Elvis’s lyrics are kitschy–it’s hard to accept that the guy who told us “there’s no such thing as an original sin” really thinks anything is forbidden–but everyone seems in on the joke. Love does make you revert to your adolescent self. It does feel like the music you first loved sounded.

Teen anthems knowingly inflected with a lifetime of experience–that’s what I was looking for more of on this CD. Maybe she should have covered some David Johansen songs. 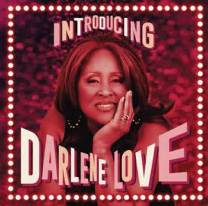