All right, it’s a “musical” not “music” but I had a chance to see it last weekend and I can’t let that go without comment. I think I’ve mentioned before based on listening to the cast album that all superlatives are deserved, and in person only enhances that opinion. No need then to repeat all those superlatives so I’ll just start from the premise that it’s a thrilling, audacious, generation-defining show and offer a few random observations: 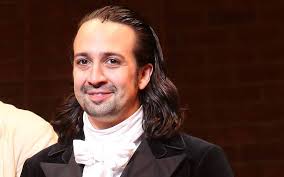